​His  sports  background is highlighted  by serving as Chief Financial Officer and Board Member for a notable baseball scouting and recruiting organization in addition to serving  as  Chief Operating Officer and Board Member  for state-of-the-art football, basketball, and hockey coaching/play simulation technology  utilized  in  all levels of both sports.

In the broadcasting world, Sal has spent measurable time on both sides of the camera and microphone; as a Show Creator, Writer, Executive Producer, Director, and Host for a successful sports talk show covering all four major sports. In the music industry, Sal has also served as Manager, Creative Producer, and guided Rock and Roll Hall of Fame caliber talent. Sal's academic background includes a B.A. from Purdue University, an M.B.A. from Duke University,  Fuqua School of Business, and also is a proud graduate of the Loyola University Chicago, School of Law.

Sal is closely connected to championship caliber and Hall of Fame NBA, NFL, MLB, and NHL players, coaches, and executives. Some are close friends while others are ongoing, business partners. Many of which have guided Sal’s sports and entertainment career path through the ESPN Radio, FOX Sports Radio, NBC Sports Radio, SB Nation Radio, and iHeartRADIO airwaves, plus Oceanic, Spectrum, and Time Warner Cable.

As a former baseball player, Sal brings an on-the-field and in the dugout perspective to the show. His array of in-depth sports knowledge is impressive and rivals most any on-air senior sports analyst today. Sal bring a unique perspective  of   intimate,   on-the-field experience coupled with advanced business knowledge to dissect the inter-workings of in-game managerial and situational decisions, trades, waivers, financial, public relations, and front office moves. 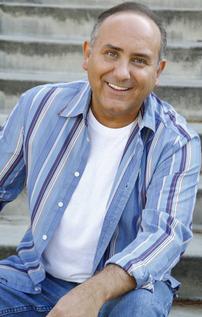 The Sports Circus brings breaking news, hard-hitting content, and celebrity guests to talk radio and television. The Sports Circus covers news that other shows are too scared to cover. Bring a hard hat and a lunch!

The Sports Circus has an expansive global audience and aired in PRIME TIME from Honolulu to Boston over NBC News, CBS, CNBC, affiliates plus Apple Podcasts, iHeartRadio, Spotify, AAMP.TV, and in over 650,000 three, four and 5-star hotels and resort rooms in every major US city on Hotel Television! Also, we air on Comcast, Cox, Spectrum, Frontier, and WOW Cable system. Additionally, we are active on social media so be sure to follow us on Twitter and Facebook. The Sports Circus is also aired on Facebook Live. Listeners and viewers of the show interact with us during every show!

The Sports Circus turns on a dime and you never know what's going to happen or who is going to be on the show! This is a quote that you will hear during most every show from the Ringmaster Sal: "Its live folks... anything can happen."

The Sports Circus features championship hosts, featured guests, and student-athletes in various featured segments. Below is a list of our show segments.